Hemicellulose as an Immune Enhancing Tool 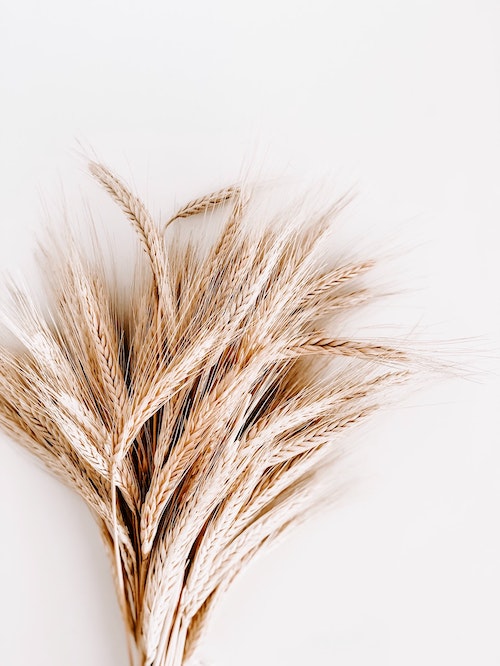 Although these hemicellulose compounds, for humans, offer very little to no caloric nourishment,[2],[3] this does not mean they are unimportant. In fact, many of them have numerous important biological properties. Well-known hemicelluloses are xylan, the base molecule from which xylitol and xylooligosaccharides (XOS), a prebiotic fiber that promotes healthy bifidobacteria in the gut,[4] are formed; arabinoxylan, which contains both soluble and insoluble fiber and also delivers a high level of antioxidant activity;[5],[6] and glucomannan, a hemicellulose commonly used in constipation and weight loss formulas due to its high water affinity.[7] Because of these and other medicinal properties, as well as their relative abundance and non-toxicity, hemicellulose products have gained substantial interest in both the pharmaceutical, functional food, and dietary supplement industry.[8]

One property of great interest is the ability of certain hemicellulose compounds to stimulate immune function. Herein, we look at the immune effects of the hemicellulose compound arabinoxylan and the closely related arabinogalactan, as well as the clinical and preclinical research surrounding a particular combination of plant and mushroom-sourced compounds, containing these and other active moieties.

Arabinoxylans are hemicellulose compounds found at high levels in the cell walls of numerous cereal grains including rice, wheat, rye, barley, millet, and maize.[9] Because they are often a by-product of the processing of these grains for various food industry purposes, many have looked at processes to extract them, adding value and reducing waste.

Arabinoxylans are food for the gut bacteria, which degrade them into short chain fatty acids (SCFAs); thus, they are considered a prebiotic.[10],[11] Studies have shown arabinoxylans are a food source for Bifidobacterium spp. and increase levels of butyrate-producing bacteria, although the specific bacteria that are promoted depends in part on the specific arabinoxylan structure.[12] Although certain prebiotics occasionally may aggravate conditions like irritable bowel syndrome (IBS), compared to placebo, rice bran-sourced arabinoxylans were shown in one small clinical study to significantly decrease scores of diarrhea and constipation as well as C-reactive protein (CRP) levels in patients with IBS.[13] In humans, supplementation with arabinoxylans was also shown in a randomized crossover study to increase levels of bifidobacteria and total SCFAs, including butyrate, and reduce levels of dysbiotic bacteria.[14]

Arabinoxylans, due to their structure, are highly bonded to ferulic and other phenolic acids.[15],[16] Rice-sourced arabinoxylans are highly ferulated (containing bound ferulic acid molecules) which contributes to their potent antioxidant activity.[17],[18] Ferulic acid has affinity for biological membranes and prevents lipid peroxidation.[19] Ferulic acids are used in many skin care products for the protection they offer against the damaging effects of UV light.[20],[21] The antioxidant activity and bowel-directed action of ferulated arabinoxylans has also led to their consideration for intestinal conditions associated with inflammation and oxidative stress such as inflammatory bowel disease and colon cancer.[22]

Given they are a source of soluble and insoluble fiber, their interactions with the gut microbiota, and their antioxidant activity, it is not surprising that arabinoxylans also have numerous metabolic effects. Their impact on metabolism is affected by their structure both directly and indirectly: directly, their viscosity and structure affect their ability to absorb lipids, bile acids, and glucose; indirectly, in addition to the flora balance they favor, they have numerous other metabolism-affecting actions.[30] In humans with impaired glucose tolerance, dietary supplementation with arabinoxylan was shown to positively impact fasting glucose and triglycerides.[31] Acutely, supplementation of arabinoxylan oligosaccharides with carbohydrates consumed in the evening was shown to improve morning measures of insulin sensitivity and SCFA levels in healthy subjects.[32]

By some classifications, arabinogalactans are considered hemicellulose compounds, as simply put, they are plant wall polysaccharides that are not cellulose components;[33],[34] however, by more stringent definitions of hemicellulose that include specifics concerning the molecular backbone of these structures, they are not.[35] Either way, these non-starch polysaccharides serve a similar structural function in plants, and even have similar effects in the human body.

Arabinogalactans are found at high levels in plants such as the larch tree, which we often associate with this compound due to it commonly being the source. Similar to arabinoxylan, other sources of arabinogalactans include cereal grains such as wheat, rye, barley, and spelt.[36] Their molecular size varies not only with their source, but also processing technique, with reported sizes ranging from 16 kDa to more than 100 kDa.[37],[38]

There is considerable research on arabinogalactans as immune-supportive agents. Studies specifically looking at larch-sourced arabinogalactans have shown they enhance NK cell amount, activity, and cytotoxicity,[42],[43] and increase macrophage activity and their production of the infection-fighting mediators hydrogen peroxide and nitric oxide.[44] Animal models have shown arabinogalactans from various botanical sources also have anti-allergic and asthmatic effects, in part by enhancing the Th1 response.[45],[46],[47]

In healthy humans, modest doses (4 to 4.5 g/d) of arabinogalactans have been shown to enhance immune activity,[48] while in adults with recurrent respiratory tract infections, they were shown to significantly decrease the incidence of the common cold, with a trend towards decreased cold duration as well.[49] Supplementation at 1.5 g/d and 4.5 g/d for a prolonged period before vaccination was also shown to significantly increase the antibody response to vaccination with tetanoid toxin and Streptococcus pneumoniae, respectively, when compared to placebo.[50],[51]

A particular blended hemicellulose complex has been the topic of multiple research studies. Comprised of the hemicellulose fraction of Oryza sativa (commonly known as Asian rice), Hordeum vulgare (barley), Dioscorea spp. (Chinese and purple yam), Olea europaea (European olive), and the mushrooms Ganoderma lucidum (reishi), Lentinula edodes (shiitake), Grifola frondosa (hen-of-the-woods), and Schizophyllum commune (split gills), it is perhaps not surprising that this proprietary blend containing a high level of mushroom-derived hemicellulose compounds has been demonstrated to have immune activities. In addition to arabinoxylans and arabinogalactans, it contains numerous other polysaccharides, polyphenols, and fatty acids.

Multiple studies with this blended hemicellulose complex have shown it to have immune-enhancing effects. Specifically, the combination stimulated murine macrophage phagocytosis, nitric oxide production, and proliferation by 65%, 517%, and 155% respectively.[52] In a pilot study of healthy individuals, supplementation of the blended hemicellulose complex at a dose of 3 g/d for two weeks significantly increased NK cell cytotoxicity, with no adverse effects being seen.[53] A larger human study, in which the complex was taken at a dose of only 250 mg twice daily for eight weeks, showed a significant increase in circulating total lymphocyte levels.[52] While there were increases in T-cell, B-cell and NK cells subsets, increases were not statistically significant. Further lending weight to the findings of this trial was the fact that individuals in this study with impaired immunity (due to HIV, hepatitis C, or cancer) experienced improvements as well.

As we look to enhance our body’s natural protection against infection, it is important to consider the many different factors that impact our immune function and overall health. Essential vitamins and minerals, traditional botanicals like echinacea and elderberry, the immunoglobulins and protective factors found in colostrum, and even melatonin are other important considerations. Looking at the natural hemicellulose found in things we consume as a part of a whole foods diet, we are reminded of the fact that mother earth may provide everything we need to remain healthy, physically wealthy, and wise.