Men with fertility problems and issues related to spermatogenesis may need to look at their exposure to pesticides through diet. In the first study of its type, the relationship between eating fruit and vegetables containing pesticide residues and the quality of men’s semen was linked to lower sperm counts and percentages of normally formed sperm.

The study, which was published online March 31 in Human Reproduction, shows that men who ate the highest amount of fruit and vegetables with high levels of pesticide residue had a 49% lower sperm count and a 32% lower percentage of normally formed sperm than men who consumed the least amount.1

Previous studies have shown that occupational exposure to pesticides might have an effect on semen quality, but so far there has been little investigation of the effects of pesticides in diet. The authors write in their paper: “To our knowledge, this is the first report on the consumption of fruits and vegetables with high levels of pesticide residue in relation to semen quality.” They continue: “These findings suggest that exposure to pesticides used in agricultural production through diet may be sufficient to affect spermatogenesis in humans.”

The fruit and vegetables were categorised as being high, moderate or low in pesticide residues based on data from the annual United States Department of Agriculture Pesticide Data Program. Fruit or vegetables that were low in pesticide residues included peas, beans, grapefruit and onions. Those that had high residues included peppers, spinach, strawberries, apples and pears. These data took account of usual practice in food preparation, such as whether the fruit and vegetables had been peeled and washed.3 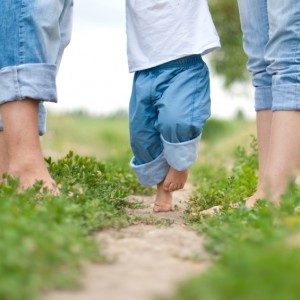 pesticide residues. In fact, there was a significant trend towards having a higher percentage of normally shaped sperm among men who consumed the most fruit and vegetables with low pesticide residues – a relative increase of 37% from 5.7% to 7.8%.

Assistant Professor of Nutrition and Epidemiology at the Harvard T.H. Chan School of Public Health in Boston (USA), Jorge Chavarro, said: “These findings should not discourage the consumption of fruit and vegetables in general. In fact, we found that total intake of fruit and vegetables was completely unrelated to semen quality. This suggests that implementing strategies specifically targeted at avoiding pesticide residues, such as consuming organically-grown produce or avoiding produce known to have large amounts of residues, may be the way to go.”

Prof Chavarro, his student Dr Yu-Han Chiu and colleagues analysed 338 semen samples from 155 men attending a fertility centre between 2007-2012 as part of the ongoing, prospective “Environment and Reproductive Health” (EARTH) Study. The men were eligible for the study if they were aged 18-55, had not had a vasectomy, and were part of a couple planning to use their own eggs and sperm for fertility treatment.

The study authors point out that there are a number of limitations to the study and further research is needed. “Studies of men presenting to fertility clinics like this one do over-represent men with semen quality problems. In our study almost half of the men had one or more semen parameters below the World Health Organization reference limits. Because of this, it is not possible to know whether our findings can be generalised to men in the general population. In particular, it is difficult to get an accurate picture of how large the effect in the general population might be,” said Prof Chavarro.

In addition, diet was only assessed once and could have changed over time. The researchers did not have information on whether or not the food was grown conventionally or organically, and the exposure to pesticides could have been misclassified as it was not measured precisely for every individual man.

In an accompanying editorial, Dr Hagai Levine, Visiting Scientist, from Hebrew University-Hadassah, Israel, and Professor Shanna Swan, Professor of Preventive Medicine, who are both at the Icahn School of Medicine at Mount Sinai, New York (USA), write: “Despite the relatively small sample size and exposure assessment limitations, the paper makes a convincing case that dietary exposure to pesticides can adversely impact semen quality. While this finding will need to be replicated in other settings and populations, it carries important health implications.”

They point out that poor semen quality “is the leading cause of unsuccessful attempts to achieve pregnancy and one of the most common medical problems among young men…it has been suggested as an important marker of male health, predicting both morbidity and mortality… it is sensitive to environmental exposures, including endocrine disrupting chemicals, heat and life-style factors, such as diet…Therefore, it can provide a sensitive marker of the impacts of modern environment on human health.”