A new study published in Nutrients shows that higher blood levels of the long-chain Omega-3 EPA and DHA are associated with cognitive benefits in older adults. In this study, researchers from the Boston Puerto Rican Health Study examined the prospective associations of omega-3 and omega-6 levels in red blood cells (RBCs) with measures of cognitive function in subjects who had an average age of 57.

Omega-3 blood levels were not significantly associated with changes in MMSE score, but they were linked with better executive function, a facet of cognitive function that allows people to plan, organize and complete tasks. 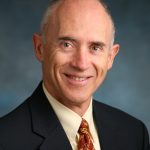 function,” said Dr. Bill Harris, CEO, OmegaQuant, and one of the study’s authors. “But perhaps more significant, studies like this show the importance of measuring blood levels of omega-3s as part of a study’s protocol. Hopefully this becomes the standard for all omega-3 studies moving forward.”

The Omega-3 index is expressed as a percent of total RBC fatty acids and is a long-term, stable marker of omega-3 status that accurately reflects tissue levels of EPA and DHA. An Omega-3 Index between 8% and 12% is considered the optimal range. This is the level at which fatal cardiovascular disease risk decreases dramatically.