A new study finds that women who are obese can limit their weight gain during pregnancy using conventional weight-loss techniques, including attending weekly group support meetings, seeking advice about nutrition and diet, and keeping food and exercise journals. Results of the Healthy Moms study, published in Obesity, also show that obese women who limit their weight gain during pregnancy are less likely to have large-for-gestational age babies, which can complicate delivery and increase the baby’s risk of becoming obese later in life. 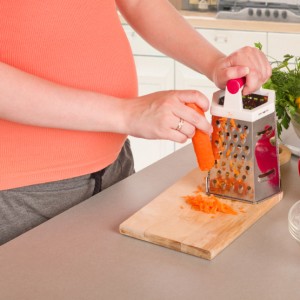 Most interventions to limit weight gain among obese women during pregnancy have failed, but our study shows that with regular contact and support, these women can limit the amount of weight they gain, which will also reduce the risk of complications during and after pregnancy,” said author Kim Vesco, MD, MPH, a practicing obstetrician/gynecologist and clinical investigator with the Kaiser Permanente Center for Health Research in Portland, Ore.

Excessive weight gain during pregnancy has been linked to complications such as preeclampsia, gestational diabetes, an increased rate of C-sections, birthing injuries and weight retention after pregnancy.

Commonly used guidelines from experts at the Institute of Medicine suggest that women who are obese gain between 11 and 20 pounds during pregnancy. Based on observational studies that suggest weight maintenance or limited weight gain may result in better pregnancy outcomes, the Healthy Moms study advises obese women to maintain their weight during pregnancy.

“Most women in our intervention did gain some weight, but they gained and retained significantly less than women who did not participate in the intervention,” said Dr. Vesco. “Even with support, it’s difficult to limit weight gain during pregnancy, so women who are overweight or obese should aim for the lower end of the weight-gain range recommended by the Institute of Medicine, and they should seek support and nutritional advice to help meet their goals.”

The Healthy Moms study included 114 obese women who are Kaiser Permanente Northwest members. Women are considered obese if they have a body mass index of 30 and above; for instance, a woman who is 5 feet 5 inches tall would be considered obese at 180 pounds.

Half of the women participated in an intensive weight-management program that included weekly group meetings, weigh-ins, personalized caloric goals, and food and exercise diaries. The other women were placed in a usual care group consisting of one meeting with a dietitian, at which they received general information about diet and exercise for a healthy pregnancy. 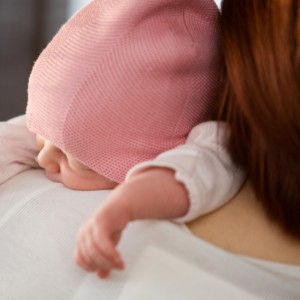 This study was funded by a grant from the National Institute of Child Health and Human Development. (RO1HD058061)