The researchers tested the protective effect of n-3FA against breast cancer, with a two-year, open label 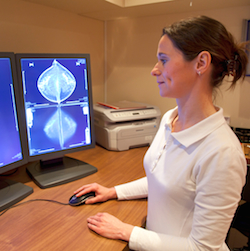 Of note is that though Lovaza is composed of DHA (375 mg) and EPA (465 mg), only DHA blood levels were associated with breast density reduction (see Table 1). In a future trial, the researchers from Penn State, Emory University and Colorado State University plan to test the effect of DHA alone in obese subjects, potentially in combination with weight loss. 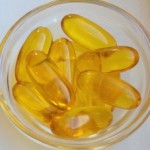 “The finding supports the idea that omega-3s, and specifically DHA, are preferentially protective in obese postmenopausal women,” Manni said. “This represents an example of a personalized approach to breast cancer prevention.” Manni also suggested that Omega-3 fatty acids may also play a role in lowering the risk of other cancers for obese patients, which are on the rise.

The study made another discovery worth considering. A daily dose of 4 mg of Lovaza, the omega-3 drug  for the treatment of severe high triglycerides in combination with half the recommended dose of Raloxifene at 30 milligrams, was superior to the individual treatments in reducing triglycerides and LDL, and increasing HDL cholesterol.