DHEA as Support for Female Libido and Fertility 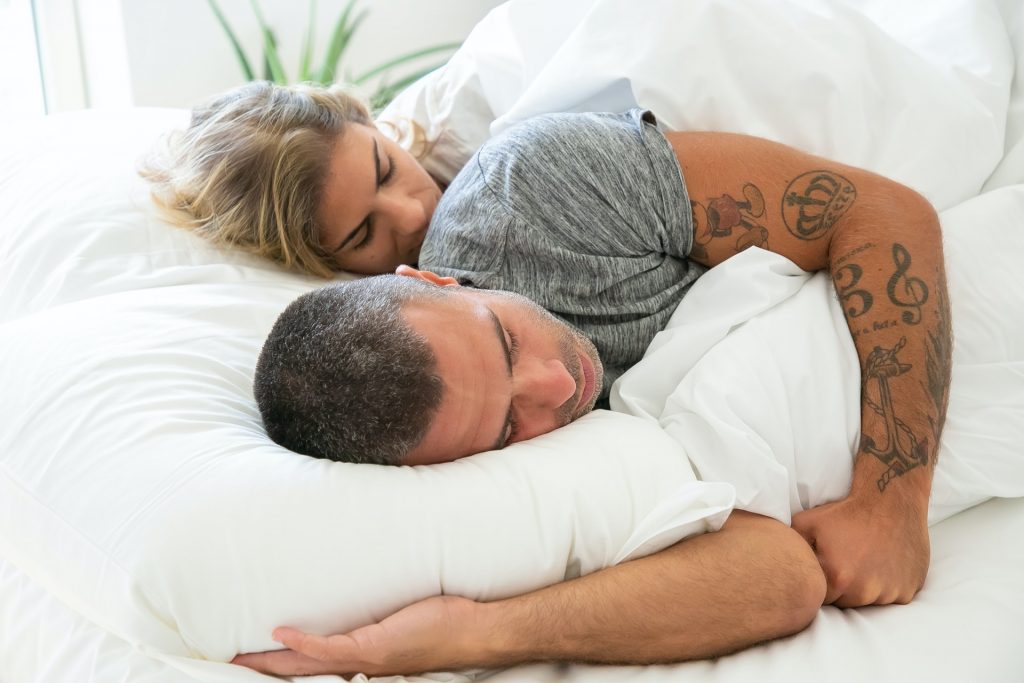 Much like estrogen and testosterone, levels of DHEA and DHEA-S decrease with age and are approximately 25% of their peak by age 70.2[1] Thus, we see substantial research regarding DHEA and its supplementation surrounding common concerns with aging: libido, bone strength, metabolic health, and even female infertility. Here, we take a look at the clinical findings with DHEA as it pertains to female sexual health, libido and fertility.

DHEA and its sulfated form, DHEA-S, are the most abundant steroid hormones in the human body.[1] They are primarily produced in the adrenal cortex, with smaller amounts of DHEA being synthesized in the ovaries and testes. Data suggests that DHEA and DHEA-S are also produced in the brain.[2] DHEA is a precursor to estradiol, estrone, testosterone, and 5α-dihydrotestosterone (5α-DHT).[3] As an androgen, DHEA has roughly 1/20th of the androgen potency of testosterone.[4]

In a one year randomized, double-blind, placebo-controlled trial (RDBPCT), a population of 280 men and women ranging in age from 60 to 79 years were given 50 mg of DHEA or placebo daily for a year.5 With supplementation, DHEA-S levels were restored to “normal youthful levels” in both sexes. In women, DHEA supplementation also led to a significant increase in both testosterone and estradiol levels.

In this study, numerous clinical parameters were also assessed.[5] Changes were most noteworthy in the women, particularly those over 70 years of age. In women over age 70, DHEA significantly improved most parameters related to libido. DHEA supplementation also positively affected bone health, decreasing bone turnover in this age group of the women, and improved skin hydration and sebum levels in all individuals as well. No adverse effects associated with DHEA supplementation were noted.

In addition to the findings in women age 70 and older, DHEA may improve libido in younger females as well. In post-menopausal women age 50 to 60, DHEA at the low dose of only 10 mg a day for 12 months was shown to significantly improve sexual function and frequency compared to the control intervention (400 IU of vitamin D).[6] In a population of men and women with hypoactive sexual desire disorder, at a dose of 100 mg/day for six weeks, treatment with DHEA significantly improved sexual arousal and satisfaction in women, however, in the men no improvements were seen.[7]

It is not uncommon for women to have sexual side effects from oral contraceptive (OC) use, with a small but still substantial percentage having a decline in libido.[8] In women taking OCs, the addition of 50 mg of DHEA daily significantly improved numerous markers of sexual function which had declined with initiation of the OC medication.[9] The women who had higher free testosterone levels during DHEA administration were found to experience greater effects of DHEA on sexual arousal and desire.

In women, DHEA conversion to testosterone by the adrenals is the primary source of testosterone; hence, with adrenal insufficiency, women often experience a decline in libido, while in men, sexual function and testosterone levels are largely preserved.[10] Multiple studies have shown that 50 mg of DHEA is a suitable dose for women with adrenal insufficiency in addition to other indicated treatments,[11],[12],[13] and supports improvements in hormone levels, metabolic parameters, well-being, anxiety and depression, and frequency of sexual thoughts and interest. DHEA also has been shown to improve alertness, stamina, and sexual interest or activity in women with hypopituitarism when added to other indicated hormone replacement therapies.[14]

The vast majority of research with DHEA concerning fertility is concentrated in the arena of infertility due to diminished ovarian reserve. Studies in rats suggest that DHEA reduces follicular atresia; that is, the process by which follicles not selected for maturation involute and become part of the parenchyma.[17] By doing so, the total number of follicles that can later potentially grow into larger, mature oocytes that are viable for fertilization increases. However, when the period of DHEA supplementation was doubled from 15 to 30 days (roughly equivalent to going from 1.5 to 3 human years[18]), a follicle-reducing effect was seen, suggesting that DHEA may not be appropriate as a very long-term intervention.[19]

Human studies have similar findings. In women who were poor responders to in vitro fertilization (IVF), the majority of whom were of advanced age or diagnosed with low ovarian reserve, supplementation of DHEA at a dose of 75 mg/day for three months prior to ovarian stimulation led to a highly significant improvement in four of the five oocyte parameters assessed.[20] With IVF, there was a 31% clinical pregnancy rate, and a live birth rate of 19%. Additional subgroup analysis found that there was a significant increase in high-quality embryos in the patients less than 38 years of age and in those who became pregnant following DHEA treatment.

In a randomized, placebo-controlled study of women who previously had a poor response to ovarian stimulation, DHEA was also provided at 75 mg a day for a period of six weeks prior to ovulation induction and IVF procedures.[21] Those receiving DHEA were observed to have significantly improved embryo quality as well as a significantly higher live birth rate versus controls (23.1 vs. 4%).

In addition to the positive findings seen with extensive reproductive assistance, one study reports of the positive impact DHEA had on spontaneous pregnancy. The women were enrolled in a study with a design much like the others previously described; however, after taking 75 mg of micronized DHEA daily for a period of time, a substantial amount of the women spontaneously became pregnant.[22] In fact, of the women taking DHEA, in the 39 women under age 40 who had previously been poor responders to IVF, there were 10 spontaneous pregnancies, while in women age 40 and older, 21% of those taking DHEA became pregnant. There was not a control group for comparison with the women under age 40, but in those over 40, the women in the control group not receiving DHEA only had a spontaneous pregnancy rate of 13%.

Many other clinical studies have also assessed the impact of DHEA on female infertility due to diminished ovarian reserve, with mostly positive findings.[23],[24],[25],[26] Clearly, this represents yet another category of anti-aging effects that this pro-hormone that will increasingly be investigated for, particularly as maternal age continues to rise.

[7] Bloch M, et al. The use of dehydroepiandrosterone in the treatment of hypoactive sexual desire disorder: a report of gender differences. Eur Neuropsychopharmacol. 2013 Aug;23(8):910-8.