Erectile Dysfunction and The Role of Nitric Oxide 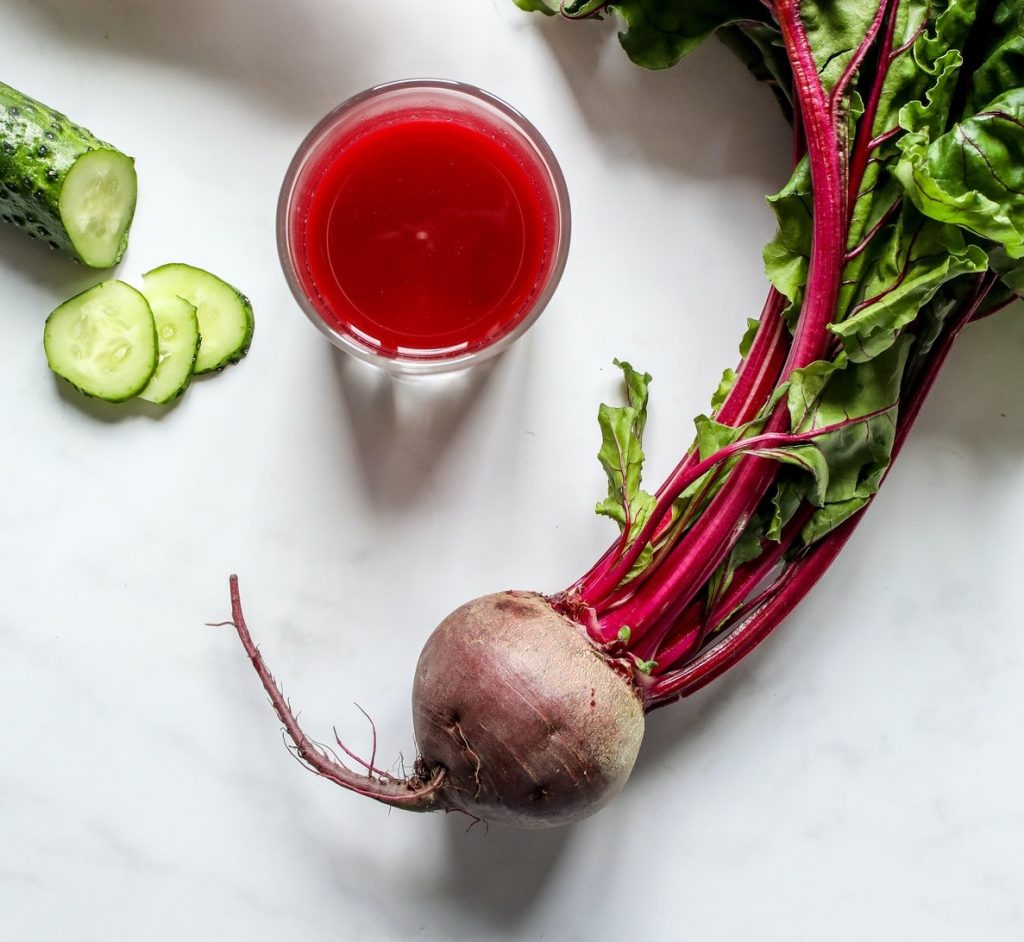 A Look at the Role Nitric Oxide Plays in Erectile Function and Nutritional Tools to Improve its Production.

By far, the most common concern that comes up in discussions of male sexual health is erectile dysfunction. A large, multinational survey, published in 2004, found that erectile dysfunction (ED) affects approximately 16% of males between the ages of 20 and 75,[1] and is increasingly common with age. But it is not a problem that just older men struggle with or have concerns or anxieties about: a 2013 survey of men seeking medical care at a urology center in Italy found that one of four men were under the age of 40,[2] while a 2017 publication from a sexual health and endocrinology center at the University of Florence reported that the percentage of men under 40 seeking care for ED had tripled from 2011 to 2014, increasing to 15%.[3] With the stress of the global pandemic, loss of jobs, social isolation, and related lifestyle coping behaviors, it is likely that beyond 2020 these statistics will continue to be increasingly bleak.

For both men and women, sexual dysfunction is not a one-size-fits-all issue, but a complicated puzzle with many factors. In men, libido, blood vessel dysfunction, mental health, relational issues, and a history of erectile dysfunction each affect one another and have inherent interdependency.[4] We see the prevalence of ED increasing with age due to declining hormones and vascular dysfunction, while mental health and psychogenic dysfunction are more common factors at a younger age.[5],[6] Several medications can contribute to ED, including antidepressants (in particular, selective serotonin reuptake inhibitors, an issue which is discussed further in the article “Ashwagandha and Saffron: Key Tools for a New Era of Living[CD1] ”) and antihypertensives (thiazide diuretics, beta blockers and spironolactone), which are among the most commonly prescribed medications in the U.S.[7] Perhaps not surprisingly, the use of substances and recreational drugs, including alcohol,[8] nicotine,[9] marijuana,[10] and cocaine,[11] are also associated with increased rates of ED.

Although sexual dysfunction is clearly a multi-factorial problem that may be benefited by interventions on many levels, ED often has a vascular factor. For normal, healthy function of every organ in the body, healthy blood flow is imperative. Blood flow to the brain is critical for cognitive function, blood flow to and from the heart and lungs is the crux of cardiovascular function, and blood flow to sexual organs is fundamental to healthy sexual function.

A key mediator of blood vessel function is nitric oxide (NO), a tiny gas molecule produced in the blood vessels, nerves, and immune cells.[12] Best known for its role in maintaining blood pressure, NO also mediates penile erections, supports healthy blood flow to the brain, enhances muscle oxygen use during exercise, and helps protect against infections.

When it is released by the endothelial cells that line the blood vessels, NO prompts the surrounding smooth muscles to relax, causing vasodilation and thereby lowering blood pressure.[13] Lower NO levels are associated with the development of high blood pressure, heart disease, and ED.[14] Unfortunately, NO production declines with age; hence, we see an increase in both hypertension and ED with age.[15] According to NO researcher and expert Nathan Bryan, PhD, erectile difficulties typically precede the increase in blood pressure, and should serve as an ominous sign of potential worse problems to come.[16] Although not their primary mechanism of action, phosphodiesterase type 5 inhibitors that are commonly used for ED also have been demonstrated to enhance erectile function directly by increasing NO production.[17],[18]

Numerous natural substances support the two pathways by which the body produces NO.

Beetroot. One pathway by which the body produces NO is via the reduction of dietary nitrate to nitrite by oral bacteria, and the subsequent conversion of nitrite to NO in the acidic environment of the stomach (see Figure).[19],[20] Clearly, increasing the intake of dietary nitrate is one way to enhance this. Beetroot is an excellent source of nitrates and is often used for supplementation, either as a juice or powder.[21] Beetroot has been shown to increase NO levels and lower blood pressure in men and women of various ages.[22],[23],[24],[25] Beetroot has also been shown to improve athletic performance in recreational runners and in trained athletes, both with acute pre-performance use or long-term supplementation.[26],[27],[28],[29] Although at the time of this review there are not studies specifically considering beetroot as a treatment for ED, the preponderance of research in these closely related settings suggests it would be.

L-Arginine and L-Citrulline. There are a number of factors that support NO production via nitric oxide synthase (NOS), the enzyme found in the endothelial cells lining the blood vessels. The amino acids L-citrulline and L-arginine both serve as “food” for NOS to produce NO from (see Figure), with L-citrulline being a precursor to L-arginine.[30],[31] In fact, a 2017 study found that lower serum levels of L-arginine and L-citrulline were more common in men having ED that was vasculogenic in nature.[32]

Higher levels of arginine intake have been shown to be associated with higher serum levels of nitrite and nitrate.[33] Supplementation of L-arginine in combination with L-citrulline has been shown to have a greater impact on plasma L-arginine levels than either alone,[34] likely due in part to L-arginine’s extensive metabolism in the gut.[35] A 2019 systemic review and meta-analysis of randomized controlled trials concludes that supplementation with L-citrulline has a significant effect of lowering both diastolic and systolic blood pressure, with a greater effect in those with a baseline blood pressure of greater than 130/85 mmHg.[36] Studies of L-citrulline supplementation in athletes have shown a positive effect on performance with ongoing supplementation; however, acutely, benefits were not seen.[37]

In men with ED, both of these amino acids have clinical studies showing they may be of benefit. In a placebo-controlled trial, L-citrulline, at a dose of 1.5 g/day, was found to significantly improve both erection hardness scores as well as intercourse frequency after one month of daily supplementation.[38] A 2019 systemic review and meta-analysis assessed the impact of arginine, considering 10 randomized, controlled trials that included men with mild to moderately severe ED.[39] In this review, it was found that, at a dose ranging from 1,500 to 5,000 mg/day, arginine significantly improved overall ED scores compared to placebo or no treatment. Additionally, review of the outcomes from studies that further assessed ED subscores found that arginine supplementation also significantly improved intercourse satisfaction, orgasmic function, erectile function, and overall satisfaction. With both L-citrulline and arginine supplementation, adverse effects were rare and mild if they did occur.

Glutathione and N-Acetylcysteine. One factor that potentiates the impact of these amino acids on circulating levels of NO is the presence of a sulfur-containing compound like glutathione or N-acetylcysteine (NAC), to which NO readily binds.[40] Glutathione, which contains a thiol (a sulfur-containing functional group), binds NO, forming S-nitrosoglutathione.[41] S-nitrosoglutathione transports and circulates NO and has a half-life of tens of minutes or hours, which compares to the half-life of NO, which about is one to two milliseconds.[42]

S-nitrosoglutathione also dilates blood vessels,[43] with studies suggesting it is just as vasoactive as NO.[44],[45],[46] Interestingly, levels of glutathione have also been shown to be significantly lower in patients with ED than in healthy controls, with those having both diabetes and ED having the lowest glutathione levels of all subgroups being assessed.[47]

Indeed, a combination of L-arginine (1,200 mg/day) with NAC (600 mg twice daily) has been shown to significantly reduce blood pressure, simultaneously improving various markers of oxidative stress and inflammation.[48] In animals, the combination of L-citrulline and glutathione (at a 10:1 ratio) was shown to have a greater effect on nitrate and nitrite levels than L-citrulline alone.[49] Levels of nitrite and nitrate were also shown to be highest 30 minutes post-exercise in humans who were given a combination of L-citrulline and glutathione (also a 10:1 ratio) compared to placebo and either substance as a monotherapy. NAC has also been shown to improve ED in animals if administered prior to intermittent hypoxic stress or injury.[50],[51]

Antioxidants. Additional antioxidants like ascorbic acid (vitamin C) help release the NO that was bound to glutathione, recapturing the NO that the body has already produced.[52] This may be one mechanism by which antioxidants and natural substances like pomegranate and quercetin—which provide high levels of polyphenols, which are natural antioxidants—also have a positive effect on ED of a vascular etiology.[53],[54],[55] Antioxidants are also important for the formation of the NOS enzyme as well as maintaining it in its active, coupled state.[56],[57] When NOS becomes uncoupled, it reduces molecular oxygen to superoxide (a damaging free radical) instead of NO.[58] This may be one means by which the French Maritime pine bark [CD2] also has a positive impact on erectile function.

Propionyl-L-Carnitine. Also worthy of note in a discussion of arteriogenic ED is propionyl-L-carnitine (PLC). PLC is a form of supplemental carnitine that has been shown to stimulate NO production, boost muscle carnitine, and facilitate the transport of free fatty acids into the mitochondria, where they can be used as fuel.[59] Human studies suggest that PLC may improve various aspects of exercise capacity in individuals with peripheral arterial disease or chronic heart failure,[60],[61] pointing toward its cardiovascular benefits.

In patients with diabetes, PLC has been studied as an adjacent treatment to sildenafil (50 mg twice weekly), with outcomes being compared to treatment with sildenafil alone.[62] At a dose of 2 g/day, by 24 weeks, the addition of PLC significantly improved numerous markers of erectile function and sexual health compared to sildenafil alone, with 70% of those taking the combination reporting an improvement of ≥4 points in their International Index of Erectile Function (IIEF-5) mean scores. Both the combination of acetyl-L-carnitine with PLC and of PLC with L-arginine and nicotinic acid as adjacent treatments to phosphodiesterase type 5 inhibitors also improved ED scores when taken for a prolonged period.[63],[64]

Erectile dysfunction is particularly frustrating to all those whom it affects. As it is not only a challenge physically, but one that also affects mental health and well-being, and points to an increased risk of cardiovascular disease in the future, it is a condition that should receive holistic treatment that considers the many contributing factors. Fortunately, there are many natural tools with evidence that they may be of benefit—not only for sexual function, but for cardiovascular health, as well.

[62] Gentile V, et al. Preliminary observations on the use of propionyl-L-carnitine in combination with sildenafil in patients with erectile dysfunction and diabetes. Curr Med Res Opin. 2004 Sep;20(9):1377-84.

[63] Gentile V, et al. Effect of propionyl-L-carnitine, L-arginine and nicotinic acid on the efficacy of vardenafil in the treatment of erectile dysfunction in diabetes. Curr Med Res Opin. 2009 Sep;25(9):2223-8. 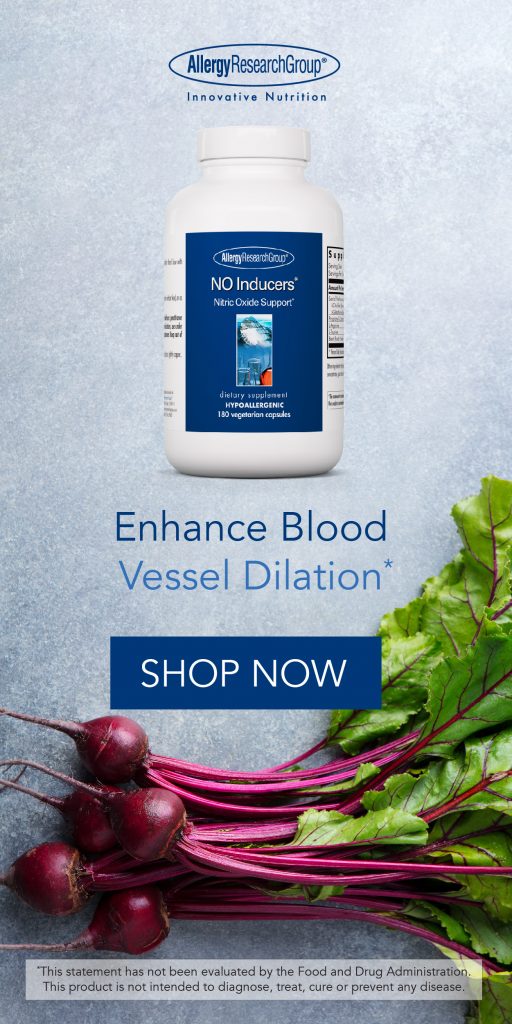