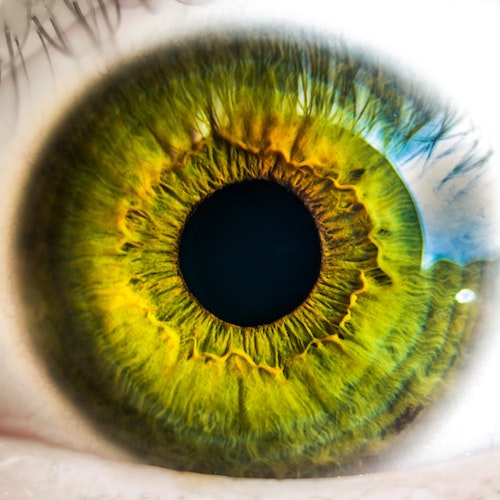 Maintaining healthy vision is an important factor in retaining vitality and independence as one ages. In this case report, written by Stuart Richer, OD, Oxysterol-laden (cholesterol) drusen deposits were detected in a patient at an early age of 28 and progressively built up by age 44. This is when measures to halt or reverse their accumulation were needed to save the patient’s vision as these deposits approached the visual center (fovea) of the eye. The case presentation was published in the Journal of Advances in Medicine & Medical Research.

About 95% of adults exhibit drusen deposits in their retinas over their lifetime, but certainly not as dense and profuse as seen in the male patient in this case report. In about 20-30% of eyes drusen deposits that begin in one eye can be seen in both eyes over a 5-year period.

The critical nature of this case is that the patient only had functional vision in one eye. With non-functional vision from birth (20/800 vision on the lettered vision test chart) in his right eye and progressive accumulation of troubling cholesterol-like deposits called drusen in his left eye, he began taking a National Eye Institute-recommended antioxidant supplement in 2001 (AREDS Formula), later augmented with fish oil and coenzyme Q10.

The drusen-free area of his retina broadened but by 2009 his eye doctor wrote in his medical record “frightening central vision distortion” in his left eye. Straight lines looked wavy and irregular. These worrisome visual distortions moved around on a weekly and sometimes daily basis. The man had functional vision in only one eye and was slowly losing his remaining sight. It seemed that nothing could be done about it.

With no proven treatment available, the patient began taking a statin cholesterol-lowering drug in 2012 with marked expansion of the drusen-free area of his retina, but the ominous visual distortions remained. An even more powerful statin drug was employed.

The sobering thought of losing his remaining sight caused the patient to embark on a weight loss program. He lost 51 pounds between 2013 and 2015. The male patient was out of options as he faced a loss of independence and employment. He embarked on his own investigation and found an online source (EyeDoctorRicher.com) that address issues patients for whom all therapeutic measures had failed.

That is what I and my colleagues are commissioned to do – rescue patients from failing vision who have exhausted all treatment options – at the James A. Lovell Federal Health Care Facility in North Chicago, Illinois. We operate under compassionate care guidelines for these otherwise hopeless patients.

Our patient lived in Florida and did not attend our clinic. He embarked on a suggested treatment regimen after contact by telephone. In 2013 he added a self-prescribed nutraceutical (Longevinex®) to his daily pill regimen, eventually abandoning the second more powerful statin drug.

This provided a unique opportunity to compare the prior use of statins with a resveratrol-based nutraceutical.

While the drusen-free area continue to expand with the use of statins and a nutraceutical, the patient’s vision didn’t improve until the nutraceutical was employed. Thereafter retinal photographic images confirm the thickness and shape of his retina had normalized. The drusen-free area of his retina and almost doubled (from 5074 pixels to 9064 pixels). The patient’s vision in his only functional eye remains stable at 20/20 on the eye chart over the past two years.

Proposed Mechanisms of the Nutraceutical

As is well known, a dietary approach to maintaining retinal health is an important consideration. And, resveratrol, known as a red wine molecule, is a molecular mimic of a calorie-restricted diet. However, monkeys fed a 30% reduced calorie diet did not exhibit fewer retinal drusen, according ot Open Longevity Science, 2009. From experience, resveratrol as provided in Longevinex® appeared to overcome whatever dietary factors are in play in our patients, even in advanced cases of disease.

Statin drugs have been proposed to address drusen deposits in human eyes and were shown to be modestly successful in a pilot study with 10-of-23 patients experiencing regression of drusen with up to 18 months of use, according to EbioMedicine.

While statin drugs work by their ability to inhibit the enzyme (3-hydroxy-3-methylglutaryl-CoA reductase or HMG-CoA reductase) that is a precursor to cholesterol synthesis in the liver, (as shown in Archives Neurology), so does resveratrol, as shown in Biochemical Biophysical Research Communications. Resveratrol also reduces arterial plaque formation in arteries without lowering circulating cholesterol numbers. Resveratrol by virtue of its ability to chelate (bind to) copper thwarts hardening (oxidation) of cholesterol, which then facilitates the disposal (efflux) of cholesterol, an mechanism that may be superior to statin drugs.

By comparison, resveratrol appears to have a superior safety profile compared to statin drugs. Statin drugs are associated with a number of undesirable side effects including liver toxicity, diabetes, cataracts, muscle aches and memory loss, from Expert Review of Clinical Pharmacology. Because of diminishing benefits and problematic side effects, statin drugs may be inappropriate for older adults who comprise the vast majority of the population with macular degeneration, accoring to JAMA Internal Medicine.

On the other hand there have been no serious side effects (hospitalizations, deaths) reported for resveratrol supplements and various human trials show resveratrol is well tolerated and safe, according to Diabetes Obesity Metabolism and Experimental & Therapeutic Medicine.

The resveratrol pill that our subject chose had been previously reported by our clinical team to produce measurable improvements in vision among 16 of 17 otherwise helpless macular degeneration patients without side effect. This brand was chosen because as compared to other resveratrol-based dietary supplements this has undergone toxicity testing as the Food & Drug Administration advises.

No cytotoxicity (cell killing) activity is noted in experimental studies using resveratrol in the animal lab when given in human equivalent doses ranging from 100-350 milligrams. In particular the resveratrol-based nutraceutical we chose to study exhibits no toxicity even when given in mega-doses in an experimental model of heart attack whereas the same mega-dose of plain resveratrol “kills” the rodent heart, from Experimental Clinical Cardiology.

However, resveratrol overdoses have been reported to produce symptoms of Achilles heel tendonitis, skin rash, anxiety reactions and flu-like symptoms that resolve with dose reduction.

Emodin, a component of Giant Knotweed (botanical name: Polygonum cuspidatum) from which herbal resveratrol is extracted also contains emodin which has a laxative effect and can induce loose stool (Neurology), a problem that is overcome with use of more purified extracts (as in Longevinex® (85+% resveratrol), in Evidence Based Complementary & Alternative Medicine.

Resveratrol, a primary active component in Longevinex®, has been proposed as a drusen-clearing agent, according to a PLoS One article in March 7, 2016. In this case, Longevinex® appeared to exert a more rapid and demonstrable improvement in vision than statin drugs. Resveratrol as provided in a micronized, microencapsulated form (Longevinex®) has been detected in the human retina, meaning it traverses the blood brain barrier.

In an animal study Longevinex® closely mimicked the gene expression produced by life-long calorie restricted diet in just 12 weeks, according to a study in Experimental Gerontology. Because of Longevinex®’ superior gene-activating properties (9-fold greater than plain resveratrol) other resveratrol offerings are not anticipated to produce such a rapid and demonstrative effect.

For this and other reasons Longevinex® was selected for scientific study for eye health in our eye clinic over 531 available brands of over-the-counter resveratrol.

In yet another pilot study, Longevinex® was shown to reduce the time it takes for vision-producing chemicals at the back of the eyes to be replenished following bleaching with a bright light. Prolonged dark adaptation time is a proven indicator of future macular degeneration up to 5 years prior to the appearance of any disease signs or symptoms. The hope is one day macular degeneration will be detected at a pre-disease stage and completely prevented. As this study shows, nutraceutical therapy may have a place in the eye clinic.

Dr. Richer has no financial interest in Longevinex®. For more on his work, go to eyedoctorricher.com.