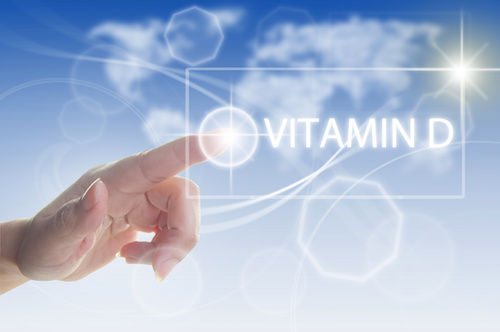 What’s in a number? Everything when it comes to vitamin D. According to researchers at the Universities of Surrey and Brighton, vitamin D2 and D3 do not have the same effect on the body. Moreover, vitamin D2 may have a “questionable” effect on human health, and it may also interfere with vitamin D3’s role in the body. Vitamin D3, on the other hand, appears to offer a key immune health benefit.

In the study, published in Frontiers in Immunology, subjects were given either vitamin D2 or D3 supplements for 12 weeks. Researchers then examined the activity of certain genes in their blood. They discovered that vitamin D3 helps activate the type 1 interferon signaling system in the body, an important component of the immune system that is responsible for inhibiting viruses and bacteria. The same was not observed among the vitamin D2 group.

“We have shown that vitamin D3 appears to stimulate the type I interferon signaling system in the body — a key part of the immune system that provides a first line of defense against bacteria and viruses. Thus, a healthy vitamin D3 status may help prevent viruses and bacteria from gaining a foothold in the body,” says lead study author Colin Smith.

Vitamin D2 Is Not a Substitute for D3

Vitamin D2 and D3 are structurally very much alike, but that may be where the similarities end. According to lead researcher Colin Smith, “It’s possible that vitamin D2 could harm health by interfering with the physiological roles of vitamin D3.” Previous research has shown that vitamin D3 supplements are twice as effective at increasing vitamin D levels in the body as D2.

While more research is needed, the bottom line is that vitamin D2 should not be substituted for vitamin D3. This is especially important for vegans and vegetarians who may be avoiding animal-sourced vitamin D3 supplements. Fortunately, there are now vegan forms of vitamin D3 for these patients.

This study suggests that a more detailed consideration of the system-wide effects of these two forms of vitamin D is warranted. This is perhaps of particular importance to at-risk ethnic groups, including black and South Asian populations who reside in northern latitudes. The studies would need to be time course-based (temporal) to track gene expression changes within individuals from baseline to defined sampling times and would need in-built control to account for seasonal gene expression changes. They would need to be designed specifically to answer whether different ethnicity or different vitamin D baseline concentrations give rise to different responses to vitamin D supplementation.

Since some pathways appear to be regulated specifically by vitamin D3, or in some cases, in opposing directions by vitamin D3 and D2, future studies should investigate whether vitamin D2 supplementation might counteract some of the benefits of vitamin D3 on human health. This possibility is prompted by the findings from this cohort that the circulating concentration of 25(OH)D3 within vitamin D2-treated participants was significantly lower after the 12-week intervention than in the placebo group, who received no vitamin D supplements – suggesting that the former might be depleted by the latter. The results from this study suggest that guidelines on food fortification and supplementation with specific forms of vitamin D may need revisiting.