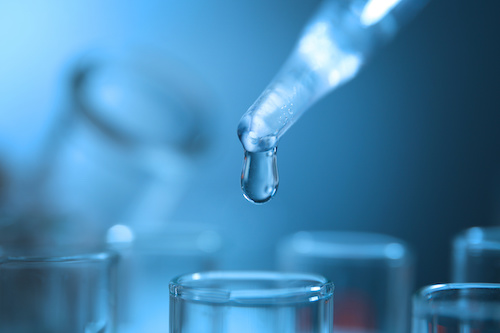 With its well-documented action as an antioxidant and anti-inflammatory, it is not surprising that hydrogen (H2) has been studied as treatment for autoimmunity and related diseases. The power of H2 as an antioxidant is somewhat more prominent in a highly stressed state,[1,2] which commonly exists in diseases of autoimmunity.[3] In addition to reducing the highly damaging hydroxyl radical (•OH) and peroxynitrite (ONOO-),[4] numerous studies have shown that H2 reduces overproduction of oxidants like nitric oxide (NO) and hydrogen peroxide (H2O2).[5] H2 also decreases levels of proinflammatory cytokines generated in response to stressors such as lipopolysaccharide stimulation or ischemia/reperfusion injury, including interleukin (IL)-6, IL-1β, and tumor necrosis factor alpha (TNFα).[6-9] As each of these signaling molecules plays a role in the cycle of immune activation, inflammation, and oxidative stress, breaking the cycle with a therapy such as H2 that addresses each of these imbalances may greatly improve the symptoms and severity of autoimmune disease.

The first publication investigating the impact of H2 on autoimmune disease was an open-label pilot study in patients with rheumatoid arthritis (RA).[10] As levels of the •OH radical have been shown in RA to be associated with a higher level of disease activity and the damage that is seen,[11] it is highly plausible that H2, an excellent •OH scavenger, would be of benefit.

Of the 20 patients in this pilot study, five of them had early RA (duration of less than 12 months), and four of these individuals were not on any medication. The other participants were either on methotrexate or abatacept, a combination of these, or no medication, often abandoned due to side effects. Participants were instructed to consume 530 mL of H2-rich water (containing 4 to 5 ppm of H2) daily for four weeks, followed by a four-week washout, and then another four weeks of H2 water consumption.

During each period of treatment with the H2-rich water, RA disease activity scores, based on assessment of 28 joints (DAS28), improved. In the first four weeks, scores decreased in 18 of the 20 patients. By the end of the study, the average DAS28 score for participants had decreased from the baseline of 3.83 to 2.26, and the five patients having early RA all achieved remission (defined for the purpose of this study as a DAS28 < 2.3, although a cutoff value of 2.6 is often used[12]), with four of them becoming symptom-free.

One particularly interesting finding in this study was that the DAS28 score continued to improve during the four-week washout period, suggesting that the H2 treatment continued to have residual effects. Urinary 8-hydroxy-deoxyguanosine (8-OHdG) levels, a marker of DNA oxidative damage,[13] also improved not only during treatment but during the washout phase as well, remaining below the baseline through the end of the study. It has been suggested that longer-term effects such as these are due to the impact of H2 on cellular signal transduction, protein activity, and genetic transcription, as its direct antioxidant effects would be limited to its time in circulation.[14]

Prolonged benefits with hydrogen treatment were also seen in a follow-on randomized, double-blind, placebo-controlled study in RA patients that were treated for five days with 500 mL of intravenous, H2-enhanced saline.[15] In this study, the DAS28 score in the H2-treated group decreased from the baseline of 5.18 to 4.02 immediately after the five days of infusions and to 3.74 by four weeks while there was no change in the score of the placebo group. Additionally, the level of IL-6 and matrix metalloproteinase-3, markers of inflammation and joint damage,[16] decreased significantly in the H2-treated group while they increased in the placebo group.

Impressive results also have been seen in individuals with treatment-resistant psoriasis.[17] Higher levels of oxidative stress and a lower antioxidant status have also been shown to exist in this population,[18] which suggests H2 may be of benefit. Of the 41 patients in the treatment group, 21 were resistant to topical corticosteroid and calcipotriol ointments, 10 were resistant to UVB phototherapy, seven were resistant to systemic retinoids, and three were resistant to methotrexate.

Participants were instructed to bathe in H2 water (prepared using nanobubble technology to dissolve hydrogen gas at a level of 1 ppm in the water) or the placebo bath for 10 to 15 minutes every three days for eight weeks. At the completion of the study, an improvement of 75% or more in the Psoriasis Area Severity Index score was seen in 10 of 41 of patients, while only one of 34 patients in the control group had the same level of improvement. Substantial improvements in pruritis, as assessed by the visual analog scale scores, were also seen in the H2 treated patients. Additionally, six of the patients were able to either reduce or discontinue their medication use. Images accompanying this publication further attest to these remarkable results.

Although a whole-body bath may not be practical for most, soaking a portion of the body that is affected with psoriasis lesions in H2-rich water is not tremendously difficult and worthy of consideration. A publication of three psoriasis case studies using a variety of different H2 administration techniques (inhalation, intravenous, and taken orally in water) also reported improvements in skin lesions and arthritis symptoms regardless of the route of intervention.[19]

The positive outcomes of these studies, as well as animal models of multiple sclerosis,[20,21] clearly show that H2 has great potential in the setting of autoimmune disease. The improvements or sustained benefits seen post-intervention for a prolonged period also are particularly exciting, as this would minimize cost and the burden of taking a daily supplement. Without a doubt, many exciting applications for H2 as a therapy will be seen in years to come.