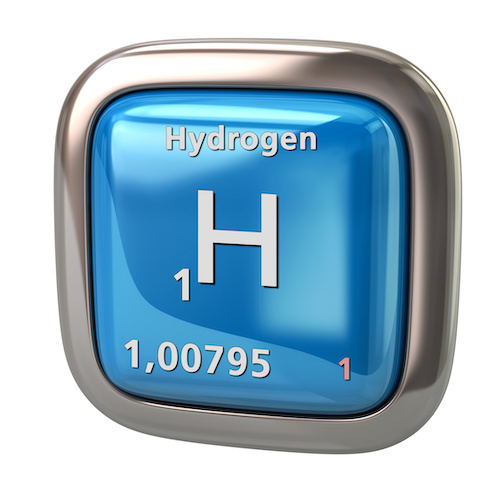 In addition to its potential application for conditions ranging from treatment-resistant psoriasis to Parkinson’s disease, [1,2] the ability of this small molecule with substantial antioxidant and anti-inflammatory potential to easily traverse cellular membranes and biological barriers make it potentially applicable as a therapy not only for nearly every human disease condition but also as a performance enhancing tool. [3] Studies suggest hydrogen (H2) may offer benefits in the realm of sports medicine by improving ventilatory capacity and cardiovascular performance,[4,5] enhancing mitochondrial energy production and biogenesis,[6,7] reducing the exercise-induced rise in lactic acid,[8] increasing endurance and strength,[9,10] and supporting repair and recovery from injury or overtraining,[11] much of which has been seen clinically in randomized, double-blind, placebo controlled trials (RDBPCTs).

Multiple studies have shown H2 improves exercise-related cardiovascular parameters. In the first of these RDBPCTs, healthy but overweight middle-aged women were provided with 1 L of H2-rich water (HRW), providing 9 ppm of H2, to consume daily for a period of 28 days, with an incremental exercise test being performed prior to and at the end of the intervention. [4] At the end of the study period, those receiving the HRW had significantly greater VO2 max, time to exhaustion, and total work completed compared to placebo.

The second RDBPCT showing positive impacts on cardiovascular performance looked at acute supplementation of H2 – participants only consumed the H2 producing tablets (or placebo) the night before and 30 minutes prior to a graded treadmill exercise test to exhaustion.[5] In this study, the population was health young adults and included a crossover portion with a minimum four-day washout period. Although the maximal heart and respiration rates and VO2 max were not significantly different, compared to placebo, the average exercising heart rate and respiratory rate were significantly lower after H2 was consumed.

Additional research also suggests that H2 supplementation may improve endurance. In one such study, trained male cyclists were provided with 2 L of HRW or placebo to drink daily for two weeks. A cycling trial, consisting of 10 three-minute segments at varied intensities, was performed at baseline and completion.[12] In those receiving the HRW, absolute peak power output (PPO) remained unchanged through the trial while those drinking placebo water had significantly decreased PPO in the last three sprints of the trial. Other parameters were not significantly altered. In an additional larger two-part study with separate populations of non-trained and trained individuals, HRW was consumed acutely, either 10 or 30 minutes prior to moderately intense exercise on a cycle ergometer.[9] In both parts of this study, there were significant improvements in fatigue scores compared to placebo after consumption of HRW.

Some of these effects may be due to a reduction in lactic acid levels with H2 consumption. By improving mitochondrial function, a decline in lactate may occur, as muscle cells are better able to meet energy demands via mitochondrial ATP production, rather than switching to glycolytic anaerobic metabolism, which leads to the production of lactic acid.[6,13] In the realm of exercise physiology, with H2 consumption, a decrease in the typical rise in lactic acid levels subsequent to exercise has been shown in multiple human studies.[8,14] A reduction of the lactate:pyruvate ratio in individuals with mitochondrial myopathies after 12 weeks of supplementation with HRW further supports this theory.[15] HRW consumption also may have the effect of increasing the blood pH and bicarbonate levels.[16]

The production of reactive species is part of the body’s inherent response to physical training and plays an important role in the performance gains we see with regular exercise training.[17] However, when oxidative species exceed the hormetic zone (region in which they induce positive effects) they contribute to muscle damage, fatigue, and soreness.[18.19] There is not a standard, accepted approach to determining at what level positive effects are exceeded, and debate exists on when and how much antioxidant support is beneficial for athletic training.[20] That said, many studies have shown that antioxidant intake helps improve recovery and decreases delayed onset muscle soreness (DOMS).[21-24]

As an antioxidant, H2 is unique in the fact that it primarily reacts with the highly reactive and toxic hydroxyl (•OH) and peroxynitrite (ONOO-) radicals, with less of an effect on weaker oxidants like nitric oxide (NO) and hydrogen peroxide (H2O2), which are important for a normal immune response and cellular signaling.[25,26] Although H2 does not neutralize NO and H2O2, it has been shown to reduce excessive production.[27,28] H2 also has been shown to decrease levels of numerous pro-inflammatory cytokines, including tumor necrosis factor alpha (TNF-α),[29,30] which plays a role in DOMS and pain as well.[31] Indeed, in animals subject to exercise challenge, inhalation of air containing 2% H2 during exercise significantly blunted the exercise-induced rise in TNF-α, interleukin-6, and thiobarbituric acid reactive species (a marker of lipid peroxidation) and potentiated the increase in superoxide dismutase,[32] suggesting it may help balance the post-exercise inflammatory and oxidative stress response.

Human studies have looked at oral intake or topical treatment with HRW as techniques for reducing DOMS and improving recovery from injury. In one of these studies, healthy young men participated in a downhill running exercise (8% decline, exercising at 75% of VO2 max for 30 minutes) after which they were assigned to a placebo or HRW bath for 20 minutes daily for six days.[33] Although the H2 bath had no effect on markers of oxidative stress or inflammation, those assigned to the HRW bath had significantly reduced DOMS as assessed by visual analog scale on days 1 and 2 after downhill running. In the second of these studies, male professional athletes with acute soft tissue injuries were treated with one of three alternatives for two weeks: traditional treatment for soft tissue injury, traditional treatment + oral intake of H2-producing tablets, or traditional treatment + H2-producing tablets orally + topical treatment with a H2 water saturated pack multiple times daily.[11]Both groups receiving H2 had significantly greater improvements in range of motion of the affected joint than the control (traditional treatment) group, while H2 also was observed to significantly enhance the post-injury decrease in plasma viscosity, a marker of inflammation.[34]

Although the findings from these studies are somewhat limited, they do point to benefits H2 may have in the field of athletic performance. Given that they represent research primarily conducted in the past five years, with the promising outcomes, we should anticipate further research in years to come.