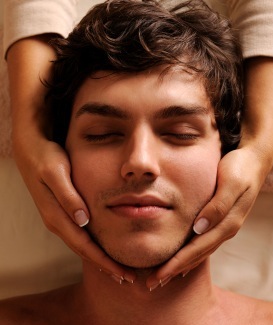 ABSTRACT | Human beings are highly social creatures who often touch each other during social interactions. Although the physiologic effects of touch are not understood fully, it appears to sustain social bonds and to increase cooperative behaviors. Oxytocin (OT) is a hormone known to facilitate social bonding, and touch may affect OT release. Previous studies seeking to relate massage and oxytocin in humans have been inconsistent in their findings.

Objectives: This study examined the effect of massage on oxytocin and also measured its effect on other physiologic factors, including adrenocorticotropin hormone (ACTH), nitric oxide (NO), and beta-endorphin (BE).

Design:  The research team advertised that the trial would study relaxation and assigned participants randomly to the intervention or the control group. A lab administrator assigned a random numeric code to participants to mask their identities.

Setting: The study took place at the University of California Los Angeles (UCLA), Los Angeles, CA. Participants • Ninety-five people from UCLA gave written informed consent for participation in the study, with the team paying them to participate. The intervention group included 65 participants and the control group 30 participants.

Intervention: For the intervention (massage) group, the research team drew participants’ blood and followed the blood draw with 15 minutes of moderate-pressure massage of the upper back. The control (rest) group rested quietly for 15 minutes after the blood draw. A second blood draw followed for both groups.
Outcome Measures • The research team assayed OT, ACTH, NO, and BE. The team used four survey instruments to examine the relationship between personality factors and the physiologic measures of interest. The team analyzed data using SPSS 15.0 for Windows.

Results: Massage was associated with an increase in OT and reductions in ACTH, NO, and BE. Comparing the effects of massage for the massage group with those for the rest group, the research team found significant differences between groups for changes in OT, ACTH, NO, and BE . Conclusions • This study is the first using a large sample of mixed gender that demonstrates that massage increases OT and decreases ACTH, NO, and BE. These findings may help explain the mechanisms through which social connections reduce morbidity and mortality. (Altern Ther Health Med. 2012;18(6):11-18.)