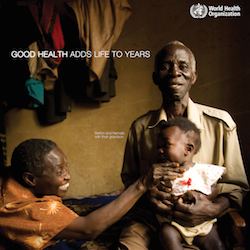 Going to the doctor’s office is a stress-inducing event for many people But for blacks, it can be particularly terrifying, because of something called negative racial stereotyping. And while racial stereotyping may not be intentional, it can seep into a patient’s psyche in ways you might not realize. A first-of-its-kind study by researchers at USC and Loyola Marymount University (LMU) has found evidence that the persistent health disparities across race may, in part, be related to anxiety about being confronted by negative racial stereotypes while receiving healthcare. Black women who strongly identified with their race were more likely to feel anxious in a healthcare setting – particularly if that setting included messaging that promoted negative racial stereotypes, even if inadvertently. Posters can be one source of this negative stereotyping. In light of this research, Today’s Practitioner tracked down some positive messaging on aging that you can download for your office (high-resolution downloads available free for Today’s Practitioner’s registered users). By Cleopatra M Abdou and Adam W Fingerhut, published in the American Psychological Association journal Cultural Diversity and Ethnic Minority Psychology, July 21, 2014, Vol. 20. By Kimberly Lord Stewart The digital age of medicine is upon us. Sophisticated digital technology tools like a Google contact lens can measure blood sugar from tears (see the story here), and biosensors can continuously monitor blood pressure opposed to the few minutes the patient is in the exam room. Read