Abstract / The immune response to influenza vaccine is attenuated in elderly persons, though they are at greatest risk for morbidity and mortality by influenza virus infection. Experimental studies demonstrate that co-administration of L-cystine and L-theanine enhanced antigen-specific production of immunoglobulin in aged mice infected with influenza virus. This study thus investigated the effect of L-cystine and L-theanine on antibody induction by influenza vaccines in elderly persons. By Koichi Miyagawa, Yoshimitsu Hayashi, Shigekazu Kurihara and Akiko Maeda, published in Geriatrics Gerentology Int’l., Japan Geriatrics Society, Vol. 8. 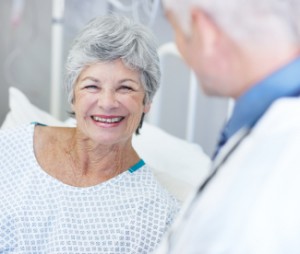 The plasma levels of glutathione and interleukin-2 decreases with advancing age, leading to impaired immune function and insufficient protection against viral infection in aged people. A recent report demonstrated that co-administration of the amino acids L-cystine and L-theanine enhanced antigen-specific immunoglobulin (Ig)M and IgG production through augmentation of glutathione and cytokine-mediated immune response. These findings indicate that an enhanced immune response after vaccination would be achieved through co administration of L-cystine and L-theanine (C/T). The current clinical study was designed to evaluate the effect of co-administration of C/T on the immune response after influenza vaccination in the elderly.

In this study, residents in a nursing home were randomly allocated to L-cystine and L-theanine (n = 32) or placebo (n = 33). The test substances were administered p.o. for 14 days before immunization. Serum influenza virus antibody titers were measured before and 4 weeks after vaccination.

Several clinical studies have shown the efficacy of vaccination in preventing hospitalization and death among persons at high risk, including the elderly. Influenza immunization is, therefore, encouraged for all individuals 65 years of age or older, or residents of nursing homes to prevent local epidemics and secondary complications. However, a reduced or variant antibody response after vaccination is documented in elderly persons compared with young adults because of an impaired immune response to stimulation by influenza antigen.

This attenuated response leaves the elderly still susceptible to influenza infection. Thus, strategies to increase the efficacy of vaccination in elderly persons are important and should be explored.

Sixty-seven healthy elderly residents (365 years old) of a nursing home (Nagoya Kosein) participated in this study. They did not have any past or current conditions of the kidney, liver or heart requiring medical therapy, or allergy to influenza vaccine. None of the subjects had a history of immune dysfunction or was treated with corticosteroids or immunosuppressive agents. All participants ingested the same diet of 7500–8400 kJ/day in which the energy ratio was 15%, 20% and 65% for protein, fat and carbohydrate, respectively, and roasted tea containing a little L-theanine.

The subjects were investigated for a history of influenza vaccination, laboratory-confirmed influenza infection, or influenza-like illness (ILI) in the preceding season. ILI was defined as an acute onset of respiratory illness with fever (338°C) and one or more of the following: cough, sore throat, arthralgia, myalgia.

The subjects were randomly allocated to the control or C/T group. The C/T group was administered p.o. 700 mg L-cystine and 280 mg L-theanine once/day, while the control group received 930 mg cellulose and 50 mg sodium glutamate. The amount of test substances used in this study was based on the following data. The mean value of L-cystine ingestion is reported as 1000 mg/day with maximum of 2200 mg/day. An experimental analysis revealed the weight ratio of L-cystine to L-theanine of 5:2 was best to achieve the effective increase in glutathione level.15 Thus, the amount of L-cystine was determined as 700 mg/day in consideration of safety margin and that of L-theanine 280 mg/day.

Vaccination significantly elevated hemagglutination inhibition (HI) titers for all the three strains of influenza viruses (A/New Caledonia [H1N1], A/New York [H3N2] and B/Shanghai) in both groups. HI titers after vaccination were not significantly different between the two groups for either strain.

This study suggested the effectiveness of co- 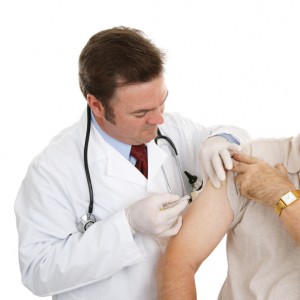 administration of C/T on the immune response to influenza vaccination. C/T increased the seroconversion rate after influenza vaccination in elderly subjects with suspected low serum total protein or hemoglobin.  The seroconversion rate was not significantly different between the two groups in the aggregate. A stratified analysis showed that the rate of seroconversion was significantly greater in the L-cystine and L-theanine group compared with the placebo group for influenza virus A (H1N1) among subjects with low serum total protein (63% vs 10%, P < 0.05) or low hemoglobin (71% vs 9%, P < 0.05).

Subjects with ILI in the preceding influenza season were included in C/T group. Since they might have affected the HI titer before vaccination, care must be taken in the interpretation of the data. The ratio of L-cystine to L-theanine, and the period of administration and the amounts given were extrapolated from data obtained from experimental studies. Levels of cytokines such as interleukin-2 produced in response to C/T were not measured in this study. Therefore, the relationship between C/T and the immune response in humans was not confirmed by laboratory data.

Measurement of cytokine levels would provide important and informative data, which may have suggested the role of co-administration of C/T on immunological response after vaccination. However, the researchers had to refrain from drawing sufficient blood repeatedly to allow measuring parameters other than HI titer, biochemistry and hematology from elderly subjects because their build were rather small. Information from this study is not necessarily applicable to elderly persons in the community because of the method to sample subjects. Further studies are required to clarify these points.

Co-administration of L-cystine and L-theanine before vaccination may enhance the immune response to influenza vaccine in elderly subjects with low serum total protein or hemoglobin.