Hydrogen as a Novel Neuroprotectant 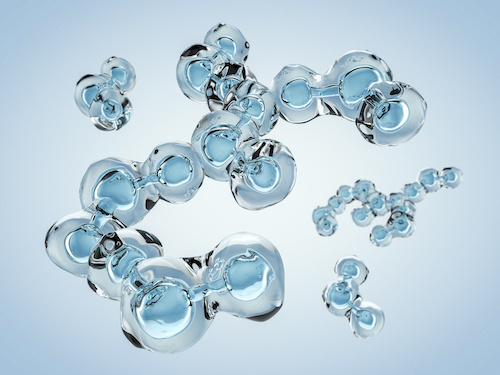 Because of its unique properties, one of the settings in which hydrogen (H2) has been extensively researched is central nervous system (CNS) disease. Due to its small size and neutral charge, it easily passes through the blood-brain barrier and into all cellular compartments including the nucleus. [1,2] The landmark 2007 Nature Medicine publication was one of the first to establish its CNS benefits, and showed that the inhalation of H2 substantially decreased damage to the brain associated with ischemia/reperfusion injury even more efficaciously than standard treatments. [1] Numerous animal studies followed soon thereafter, showing H2 improved outcomes with carbon monoxide poisoning,[4] CNS ischemia or injury, [5,6] and models of neurodegenerative disease. [1,7]

In circulation and the CNS, levels of H2 respond almost immediately to the initiation and cessation of intake. H2 is detectable in the bloodstream a mere three minutes after being delivered directly to the stomach as H2-enriched water, [8] and, after discontinuing inhalation therapy, levels in the brain decreased almost immediately and were not detectable after 10 minutes. [1]

With its rapid appearance in the bloodstream after consumption, H2 may be well suited for acute use as a supplemental therapy after a stroke or traumatic brain injury. Multiple studies have shown the effects of H2 are not limited to its time in circulation,[9,10,11] ergo, it may offer many benefits for chronic neurodegenerative disease as well. Indeed, in addition to the positive findings in animal models, human studies have also shown substantial benefits with the supplemental use of H2 in patients acutely after a mild to moderate cerebral infarction and for Parkinson’s disease (PD) patients.[12,13] Herein, we take a deeper look at the research backing the use of H2 for CNS disease as well as improved function in a state of health.

After the 2007 research showed administration of H2 had neuroprotective effects in the setting of ischemia/reperfusion injury, [3] many similar studies followed, finding H2 ameliorated damage caused by ischemia/reperfusion in other organs as well, including the liver, kidneys, heart, and lungs. [14,15,16,17] Specific to the brain, however, animal models have shown treatment with H2 improves outcomes in acute events such as surgically induced injury, [6] brain trauma, [18] and in various settings of ischemia. [5,19,20]

Much attention has been given in recent years to the long-term sequelae of mild traumatic brain injury (TBI), particularly with accumulated events over time. The acute symptoms of a mild TBI (fatigue, cognitive difficulties, dizziness, sleep disruption, etc.) are often secondary effects, caused by vascular changes, increased blood-brain barrier (BBB) permeability, edema, oxidative stress, and the inflammatory response. [21] Although human research has not studied the impact of H2 in individuals post-TBI, numerous animal studies have.

As mentioned, numerous studies have shown benefits with H2 in the setting of CNS ischemia/reperfusion injury. Here, we also have human data supporting its use in patients post mild-to-moderate-cerebral infarction. [12]  In this randomized, placebo-controlled trial, 3% H2 gas was provided to patients post-stroke for one hour twice daily for seven days, beginning six to 24 hours after the stroke event. Both the placebo and H2 groups also received the standard of care for their conditions. The group receiving H2 was found to have significantly improved outcomes in the infarction site severity via MRI assessment, stroke severity scores, and physical therapy response (via Barthel Index assessment), with each of these persisting at the end of the study period on day 14. Additionally, no adverse effects were seen regarding oxygen saturation with H2 treatment.

Animal studies performed early on (2009) showed that consumption of H2-rich water reduced lipid peroxidation and dopaminergic neuron loss in an animal model of Parkinson’s disease (PD), [2,25] preventing the development of characteristic PD movements. Interestingly, in subsequent studies, it was shown that intermittent exposure to H2 was more beneficial than continuous exposure—the rats treated continuously with H2-infused air only had marginal benefits, while intermittent H2 gas exposure (15 minutes every hour for 12 hours of the day) prevented the development of PD in two-thirds of the animals.[26]

Another novel mechanism via which consumption of H2-rich water may improve PD also is worthy of mention. Ghrelin, a peptide hormone well known for its role in appetite and energy homeostasis, has been shown to exert neuroprotective effects by inhibiting activation of microglial cells, reducing neuroinflammation, and improving mitochondrial function. [27,28] The receptor for ghrelin, growth hormone secretagogue receptor (GHSR), is highly expressed by the dopaminergic neurons of the substantia nigra.[29] In mice, consumption of H2-rich water has been shown to induce gastric secretion of the hormone ghrelin; [30] however, when activation of GHSR or ghrelin secretion was blocked, the neuroprotective effects of H2 water were abolished. Thus, activation of the endogenous ghrelin system by H2 may be an additional mechanism via which benefits in PD are seen.

In a 2013 publication, the findings from the first randomized, double-blind, placebo-controlled trial (RDBPCT) of levodopa-medicated PD patients taking H2 as a supplemental therapy were published. In this study, it was found that twice daily consumption of 500 mL of H2-saturated water significantly reduced Unified Parkinson’s Disease Rating Scale (UPDRS) scores after 48 weeks. [31] While the placebo group experienced the typical worsening of their scores, UPDRS scores of individuals in the group treated with H2 actually improved. Studies have shown that even the initiation of levodopa in treatment naïve PD patients does not result in disease improvements over a period of similar duration; rather, it just reduces the rate of progression. [32] The findings from this study have spurred a larger, multi-center, 72-week RDBPCT that is still in process to further evaluate the use of H2-rich water as an adjunctive therapy for PD. [33]

Animal studies suggest that treatment with H2 may improve function and aspects of the underlying pathology in Alzheimer’s disease (AD). In animals with amyloid-beta induced AD, treatment with H2-rich saline reduced levels of inflammatory cytokines and oxidative stress markers in the brain, also improving maze performance. [7,34] In senescence accelerated mice, consumption of H2-rich water not only prevented age-related declines in cognitive ability, it also inhibited neurodegeneration in the hippocampus,[35] a region of the brain which experiences significant atrophy in AD.[36]

Promising results also suggest that treatment with H2-rich water may help reduce cognitive decline in humans with the APOE4 genotype variant, which confers a higher genetic risk of developing AD.[37] Although daily consumption of H2-rich water did not significantly improve outcomes in all individuals with mild cognitive impairment versus placebo, the subpopulation of those with the APOE4 genotype experienced significant improvements in their Alzheimer’s Disease Assessment Scale-cognitive (ADAS-cog) subscale and word recall scores at one year. [38] An animal study published along with these human findings reported not only a reduction of oxidative stress, memory impairment, and neurodegeneration but also found the mice treated with H2-rich water had an increased lifespan. A subsequent small pilot study in AD patients using a combination of lithium (which studies suggest may confer protective effects in AD[39]) with H2 as an inhalation therapy for one hour twice daily found that after four to seven months, ADAS-cog scores actually improved.[40]

H2 may not only be of benefit to those with CNS injury or disease, it also may improve the psychological and physical response to stress in healthy populations.

Animal studies show improved mood, enhanced resilience, and attenuation of stress-related declines in cognitive ability with H2 supplementation in various stress-provoking settings.[8,42,43] Interestingly, H2 consumption did not lead to improvements in learning and memory in healthy, unstressed mice.[8] In addition to decreased oxidative stress and pro-inflammatory cytokine levels, hypothalamic-pituitary-adrenal (HPA) axis hyperactivation was attenuated, accompanied by a decrease in depressive and anxiety-related animal behaviors. [42,43] Supplementation of H2 to mice in adolescence was also found to improve stress resilience in adulthood, despite the cessation prior to that period. [43]

Human research also points towards HPA axis-balancing effects with H2 consumption. In a RDBPCT with a crossover portion, consumption of 600 mL of H2-rich water daily for four weeks by healthy adults significantly decreased psychological distress and sympathetic nerve activity at rest compared to placebo, and compared to baseline, improvements in fatigue and sleepiness were seen after taking H2-rich water.[44]

A Look at What’s to Come

Clearly, H2 is making its mark in the field of neuroscience. Investigations into the potential applications for H2 are not limited to the settings discussed – they only represent the fraction in which we also have human studies. Further animal research has shown that H2 reverses autistic-like behavior in mice,[45] improves outcomes both short and long term in neonatal hypoxia,[46,47] reduces the adverse effects of anesthesia, [48,49] and ameliorates hyperalgesia and anodynia in surgically induced neuropathy.[50] Promising studies also exist in the realm of ocular and auditory disorders related to neural tissue damage.[51]

As it is safer and easier to orally take H2-enhanced water than inhalation or intravenous intake, and a preponderance of research suggests there is benefits with all types of delivery, most elect to utilize common strategies of water ionization or the reaction of metallic magnesium with water to enhance non-carbonated, filtered water. Learn more about the mechanisms via which H2 helps protect against injury and stay tuned for additional posts pertaining to its research in the settings of autoimmune disease, cancer, metabolic syndrome, and for performance enhancement.